Did Netanyahu take Kerry out of context? 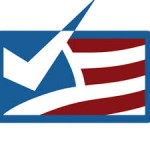 “Netanyahu Takes Kerry Out of Context”

FactCheck.org’s assertion that Prime Minister Netanyahu took Secretary of State Kerry out of context appears to lack any basis in fact.

On March 3, 2015, Israeli Prime Minister Benjamin Netanyahu delivered a well-publicized address to both houses of the U.S. Congress. Netanyahu spoke of the threat posed by Iran’s nuclear program and Israel’s concerns over the pending deal the Obama administration hopes to strike with Iran.

Factcheck.org challenged part of Netanyahu’s speech, charging that the prime minister took a statement from Secretary of State John Kerry out of context:

Israeli Prime Minister Benjamin Netanyahu’s highly anticipated speech to Congress contained a curious statement. He claimed Secretary of State John Kerry “confirmed last week that Iran could legitimately possess” 190,000 centrifuges enriching uranium by the end of a long-term nuclear agreement that the U.S. is negotiating with Iran. That, Netanyahu warned, could put Iran “weeks away” from an “arsenal of nuclear weapons.”

But that’s not what Kerry said.

“And the final thing I’d say to you is, Iran already operates light water reactors at Bushehr, fueled by the Russians—Russian design. And these reactors pose less of a risk for the potential of, of, uh, of, of civilian power production than other types of reactors that are prohibited by the UN Security Council. So what they’re doing now is not, in fact, a violation. Uh, and we’ve been clear in making, uh, in, in, in defining, uh, that, uh, the purpose of the negotiations we’re in now with Iran is to ensure that their nuclear program is exclusively for civilian purposes. That’s the key here. They can have a civilian peaceful program. So when you get into the numbers of centrifuges and this and that, if, if you have a civilian power plant that’s producing power legitimately and not a threat to proliferation, you could have as many as 190,000 or more centrifuges. There are millions of centrifuges involved, ultimately, in power plants that are producing power. The key here is, is this a peaceful program and are the measures in place capable of making sure you know it’s peaceful. That’s the standard we’re trying to apply.”

We see in Kerry’s words the framework for a logical deduction that Iran may legally have 190,000 or more centrifuges after the sunset of the tentative agreement. Below, we frame the argument in terms of a deductive syllogism:

P1 A peaceful nuclear program may use 190,000 or more centrifuges

C Therefore, Iran’s nuclear program may use 190,000 or more centrifuges if it qualifies as peaceful when the agreement sunsets

The conclusion follows from the premises, therefore some aspect of FactCheck.org’s fact check must undermine one of the premises to make the argument unsound.

FactCheck.org bases its reasoning on its interpretation of Kerry’s remarks:

We don’t follow FactCheck.org’s logic. Granting that Kerry was saying what FactCheck.org claims he was saying, if Iran is producing nuclear power legitimately when the agreement sunsets we still have the clear implication that Iran may have a legitimate claim on 190,000 or more centrifuges. If we had some qualification from Kerry that Iran’s nuclear program will not be deemed peaceful when the agreement sunsets, then one could charge Netanyahu with ignoring that context. But we don’t see anything of the kind.

“We have made it crystal clear that the 19,000 that are currently part of their program is too many, and that we need to deal with the question of enrichment,” Kerry told reporters at a July 15, 2014, press availability. “And so all I will say to you is that we will continue to press.”

Iran, however, maintains it will not dismantle its nuclear infrastructure. Obviously the United States and Iran cannot both stay true to their stated positions while achieving an agreement. That is, unless the United States doesn’t count mothballed centrifuges as part of Iran’s program. That option leaves open the possibility of thousands of new centrifuges ready to go on line when the 10-year agreement sunsets.

State Department spokeswoman Marie Harf told us in an email that Kerry’s reference to 190,000 centrifuges at the House hearing wasn’t about Iran or the number of centrifuges that it could possess “under or after a deal.”

As we pointed out above, an explanation like Harf’s runs directly against the context offered by Secretary Kerry.  Kerry volunteered the number 190,000 in addressing the question of how many centrifuges Iran might have (“They can have a civilian peaceful program. So when you get into the numbers of centrifuges and this and that …”). He said a peaceful nuclear program could have 190,000 or more. It makes no sense for Kerry to name such a figure if Iran has no chance of reaching that number.

FactCheck.org obtained more than that from Harf, however, and the fact check places the following at the end, giving Harf the last word:

“Secretary Kerry was not speaking to what Iran could or would have under or after a deal — he wasn’t talking specifically about Iran at all,” Harf said. “He was arguing that ensuring the nuclear program is peaceful through measures like transparency and monitoring can be as important [as] the number of centrifuges, which can get quite high even in countries that peacefully enrich uranium only to produce electrical power.”

The context says Kerry was definitely talking about Iran, though we can charitably assume that the 190,000 figure, despite matching what Iran says it wants to build, was chosen merely as an example of the centrifuge requirements of a peaceful nuclear program. But that takes us right back to Kerry’s statement that Iran is entitled to a peaceful nuclear program (“[Iran] can have a civilian peaceful program”). If Iran can have “a civilian peaceful program” then why can’t Iran have the 190,000 or more centrifuges that Kerry says may go with such a program?

Harf says Kerry was emphasizing measures like transparency and monitoring are as important as limiting centrifuge numbers to ensure a peaceful nuclear program. If that’s what Kerry was doing, then he did it without any hint of a suggestion to limit the number of centrifuges Iran may have. Given that absence, Kerry sends a message that the safety of Iran’s nuclear program will be ensured over the long term only by measures like transparency and monitoring.

The State Department’s explanation of Kerry’s remarks downplays an inconvenient truth about uranium enrichment: Once a nation does its own uranium enrichment, it has obtained the capacity to build a nuclear weapon in relatively short order. The Obama administration’s goal in its negotiations with Iran, a “breakout” period of roughly one year before Iran can produce a bomb, serves as an admission of that fact.

Incredibly, FactCheck.org makes no mention at all of the one-year “breakout” period. Instead, FactCheck.org says part of the goal of negotiations is to “prevent [Iran] from building nuclear weapons.” Netanyahu pointed out in his speech that inspections do not prevent cheating. At best, they expose it.

Harf’s explanation also hints at ignorance about the role centrifuges play in providing nuclear fuel for electricity or a bomb. It doesn’t take many centrifuges to make a bomb, since a bomb requires only a small amount of highly enriched material. A nation only needs many centrifuges to manufacture fuel for electricity-generating nuclear power plants. Such nuclear fuel is relatively cheap, making it a financial risk to invest in the infrastructure needed to produce it. Nations with peaceful nuclear programs tend to import their fuel. Iran could get all the nuclear fuel it needs from Russia.

What difference at this point does it make?

When Iran’s nuclear activities were first exposed, the United States took the position that Iran must give up its capacity to enrich uranium:

On Iran’s nuclear program, Bush administration strategy was to rally the international community to confront the Iranian regime with a strategic choice. Tehran could transparently and verifiably give up its pursuit of a nuclear weapons capability, especially its enrichment facility at Natanz. If it did, the international community would respond with substantial diplomatic, economic and security benefits. These would include the relaxation of existing economic sanctions and active international support for a truly peaceful civilian nuclear program, including the supply of nuclear fuel so Iran would not need an enrichment facility.

The Obama administration, as Secretary Kerry helps make clear, has shifted to accepting Iran’s right to a peaceful nuclear program, including its own enrichment facilities.

We do not know the specifics of the deal the Obama administration wishes to cut with the Iranian regime. Perhaps the deal sets some limitations on Iran’s enrichment activities beyond the proposed 10-year duration of the agreement. But Kerry’s testimony before Congress does not communicate any such limitations. On the contrary, Kerry’s words seem to downplay restrictions on centrifuges and enrichment activity. Pointing this out as Netanyahu did does not take Kerry out of context. At worst, it draws firm assumptions from ambiguous communications.

It’s worth noting that the Nuclear Non-proliferation Treaty does recognize the right of nations to pursue peaceful nuclear power. That right, however, is conditioned on transparency obligations Iran has ignored in the past.

The evidence we’ve reviewed undermines FactCheck.org’s claim that Netanyahu took Kerry’s statement out of context. We’ve asked FactCheck.org if it has any evidence we may have missed in support of its claim. We’ll update our item if we receive a response.

“Netanyahu Takes Kerry Out of Context”

Netanyahu may prove correct or incorrect about what Kerry was saying, but the available evidence fails to support the charge of taking Kerry out of context. Kerry was speaking about Iran and addressing the number of centrifuges a nation might possess in support of a peaceful nuclear program.