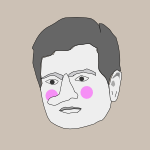 The key deception the Democrats use on the gender pay gap issue consists of connecting the 23-cent gap between the median woman’s full-time pay and that of full-time male workers with a supposed gap when men and women do the same work.  But the 23-cent gap, calculated based on the median woman receiving 77 cents for every dollar the median man is paid, doesn’t take the type of work into account.  It doesn’t even account for gender differences in the average number of hours worked.

Kessler, unlike PolitiFact, at least noted the key deception in President Barack Obama’s 2014 State of the Union speech.  Kessler’s performance on the subject since then stinks.

Kessler’s April 9 fact check opened with this (bold in the original):

“Today, the average full-time working woman earns just 77 cents for every dollar a man earns…in 2014, that’s an embarrassment. It is wrong.”

President Obama, during remarks on an “Equal Pay Day” he created by declaration the day before, used the key 77-cent figure.  Kessler rightly noted that the remarks were about women receiving equal pay for equal work.  Kessler originally gave Obama one “Pinocchio” for the claim, later revising the rating to two “Pinocchios.”  Kessler even added that he was tempted to give Obama three “Pinocchios.”  Judge for yourself whether the rating fits the words Kessler used to judge Obama’s remark:

There appears to be some sort of wage gap and closing it is certainly a worthy goal. But it’s a bit rich for the president to repeatedly cite this statistic as an “embarrassment.” (His line in the April 8 speech was almost word for word what he said in the 2014 State of the Union address.) The president must begin to acknowledge that “77 cents” does not begin to capture what is actually happening in the work force and society.

We think Kessler’s condemning words in the above paragraph befit the deception of the president’s speech.  That such deception warrants two “Pinocchios” from the Fact Checker shows the subjectivity inherent in rating systems like the one Kessler uses.  One may willfully deceive an audience using a statistic that doesn’t fit and get two out of a possible four “Pinocchios.”

Kessler went further awry with an April 12 update to the same story:

In his weekly radio address, President Obama highlighted the equal pay issue but dropped any mention of the “77-cent” figure. This is a good start and we hope other Democrats follow his example.

Hi, everybody.  Earlier this week was Equal Pay Day.  It marks the extra time the average woman has to work into a new year to earn what a man earned the year before.  You see, the average woman who works full-time in America earns less than a man – even when she’s in the same profession and has the same education.

President Obama explicitly created Equal Pay Day to graphically illustrate the gender pay gap.  And that’s why Jack Marshall slammed Kessler.  It isn’t an improvement for Obama to omit the 77-cent figure if that figure, or a very similar one, is implicit and obvious in the context of his speech.

We give Kessler a “Glennocchio” for this flub.  President Obama is continuing the same obvious deception, just slightly altering the form.  There’s no real improvement.  “Equal Pay Day” helps institutionalize the deceit.

Correction: May 4, 2015: We gave too little thought to the math of “Equal Pay Day” in our original item, concluding in the third-to last paragraph that “Equal Pay Day” in 2014 implied a 27-cent gender pay gap. Performed correctly, the equation shows a gap of about 21 cents. We’re correcting the error in the text of the fact check by deleting the two grafs preceding the last. We’ve preserved those paragraphs on our corrections page.