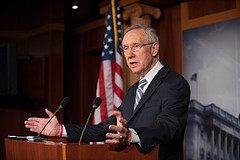 Sen. Reid makes a valid point that the Republican negotiating strategy posed a risk to the credit rating of the United States, but at the same time he obscures the risk to U.S. credit of continuing to increase the debt limit without addressing increased spending.

Reid made his statement after House Republicans advanced and passed through the House a bill that temporarily raised the debt ceiling and committed the House and Senate to passing budgets for 2013 or risk losing their pay.

Did the GOP strategy on the debt ceiling couple U.S. credit to spending cuts in the first place?

To the extent that the GOP would not increase the debt limit without concessions on spending, U.S. credit was coupled to spending cuts.   In a sense, that makes Reid’s claim correct.  At the same time, his words sweep us past a big part of the story.

Does the change in GOP strategy decouple U.S. credit from spending cuts? 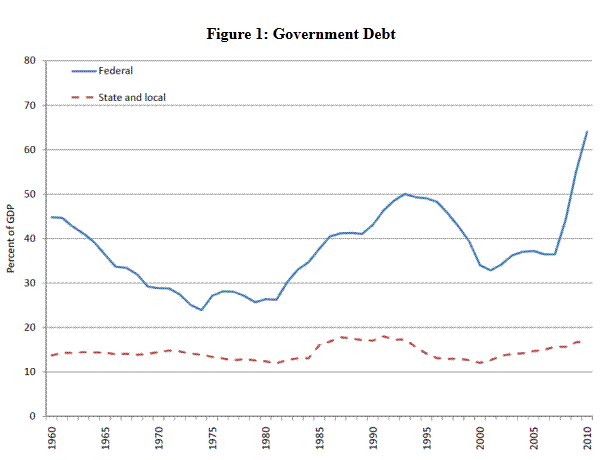 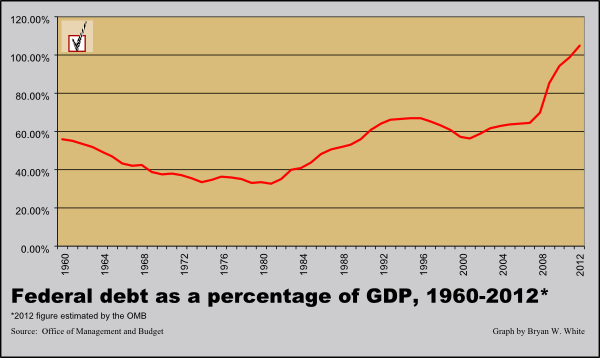 How bad is the debt problem?  U.S. debt has grown, as a percentage of GDP, beyond the point that Greece reached during its recent financial crisis.  We had some trouble finding a graph of the debt from a government source.  The best example came from the St. Louis Federal Reserve Bank, though the graph only goes through 2010 and doesn’t align with numbers we found from the White House Office of Management and Budget.

We created our own version of the chart using numbers from the Office of Management and Budget.  Our version uses the combined on-and-off-budget federal debt as a percentage of GDP.  Though the historical tables continue to show a projected figure for 2012, the debt met projections by exceeding 100 percent of GDP.

Creditors will judge the U.S. ability to pay its debts based on the debt as a percentage of GDP, not merely on whether the nation pays its bills on time.  As a result, the U.S. credit rating is not necessarily decoupled from spending cuts regardless of the GOP negotiation strategy.  In this sense, Sen. Reid is wrong.  Reid’s ambiguous message may mislead his audience into an unrealistic lack of concern about the risks of increasing the debt limit without addressing the increasing national debt.   A failure to cut spending as a percentage of GDP, whatever the means, puts U.S. credit at risk.

Fitch already has a negative outlook on the U.S. as the country’s debt burden has risen to around 100 percent of its gross domestic product, and has said it will make a decision on the rating this year, regardless of how the debt ceiling discussions pan out.

Despite Reid’s ambiguity, we think his meaning is clear enough without a special effort to apply charitable interpretation.

“We will pay our bills.”

This line from Reid recalls recent statements from President Obama and White House senior adviser David Plouffe suggesting Republicans are unwilling to pay the nation’s bills unless they can negotiate spending cuts from Democrats.

“… decoupling the full faith and credit of the United States from cuts to Social Security and Medicare, or anything else.”

With the red herring fallacy icon newly minted, we decided to apply it to this claim from Sen. Reid.  By stressing blame on Republicans for taking the U.S. credit rating “hostage” and focusing only on the risk to that rating from hitting the debt ceiling, Reid created an effective distraction from the most important focus:  reaching a strategy that will bring down the debt and thus avoid a harmful downgrade of the U.S. credit rating.