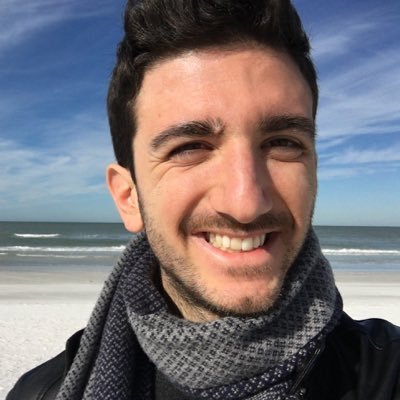 Each month we pose a question to International Fact-Checking Network Director Alexios Mantzarlis.

Hypothetical: Evidence reveals the Washington Post Fact Checker, Glenn Kessler, as a long-time partisan Republican (with a history of partisan political donations and advocating for political issues that he fact checked).

What happens in terms of IFCN verification, if anything?

If Kessler’s fact checks were regarded as non-partisan before his politics were (hypothetically) revealed, why would that change if Kessler himself was revealed as a partisan? The words in the fact checks do not change. The main thing that changes is our knowledge of Kessler’s politics.

Of course this question represents a probe of the IFCN’s principle of non-partisanship. Wiki-related research appears to show that politically polarized editorial teams produce better content than teams composed of moderates. Is it time for the IFCN to reconsider its commitment to asking fact-checkers to appear personally non-partisan? Is it possible and practical to place the non-partisan emphasis on the written content and not on the individual fact checker?

This is a very good question. Of the five macro-principles in the IFCN code, the commitment to nonpartisanship was probably the hardest to turn into practical requirements to assess.

Our criteria for nonpartisanship invite the assessor to evaluate (a) whether there’s a noticeable selection bias in the facts chosen for checking and (b) whether the actors that animate the fact-checking project are politically active in a way that could compromise their impartiality.

This second criterion is the one that you’re probing with your hypothetical reveal.

The short answer is that our Advisory Board would very likely strike down the signatory’s verification.

The longer answer is that this criterion is an imperfect but useful proxy to detect bias in fact-checking. We reasoned that if a fact-checker is politically active, it likely alters the weight they give to one source over the other or colors their decision on rating claims that are close calls (for instance). I recognize this is a filtering criterion rather than a guarantee of quality. An extremely partisan person might very well accurately fact-check a claim, even against their personal beliefs. However, we know from research around the confirmation bias and motivated reasoning that this is less likely; that our worldviews can get in the way of rational thinking.

Our assessment criterion doesn’t erase this problem altogether of course -everyone has a worldview- but it tries to contain it.

We think this is a good starting point, especially because more granular requirements (e.g. that fact-checkers abstain from voting) might not be applicable across all the countries in which we assess fact-checkers (for instance in those where voting is mandatory). As always, we are open to suggestions. I know PolitiFact had researchers study its entire corpus of fact checks to screen whether there was any bias in the language they used. That might be a good thing for other fact-checkers to do.

Important premise: I don’t make a decision like this myself. This would have to be discussed by fact-checkers, approved by the Advisory Board, with suggestions from the assessors, etc.

However, in a purely hypothetical setting and speaking exclusively in my personal capacity, I find this a fascinating if improbable proposition. If there were such a “team of rivals” and they had a public and open methodology that explained how they fact-checked claims from their co-partisans and how they peer reviewed one another across the political spectrum I think it would be at the very least a compelling experiment to observe. And if it worked, this hypothetical might well be the type of organization worth adapting the code of principles for.

That said, I do think it’s an incredibly complex proposition. Especially but not only outside the United States. But let(‘)s stick to the US. Even in your relatively bipolar system, cleavages aren’t just Democrats vs Republicans, but include internal cleavages (Sanders wing vs centrists; Never Trumpers vs supporters of the President). So you’d already need a team of at least four. What about independents? Green Party supporters and Libertarians? We’re up to six. Then there are other major politically-sensitive issues that might be captured from these buckets but might not, like attitude towards guns, climate change and abortion. Say these six folks are all from NYC, they might actually have cross-party agreement on at least one of these issues. So you would have to hire someone else still to represent the other position.

Translate this same matter to all the countries of the world and it could get mighty hard to assess whether a partisan mix is truly representative or not. You would need some kind of matrix with all the topics that the organization fact-checks and assign one pro person and one con person to write and review the article. With a large enough staff it might be feasible, but would at the very least be unwieldy (and would ignore any specialization of each fact-checker on specific topics). And remember fact-checking projects are understaffed and underfinanced.

Your suggestion is based on principles of diversity and transparency. So even if (I) think it is probably ultimately impracticable, there is clear value in discussing it.