Media Matters has a point about Poynter Institute’s IFCN 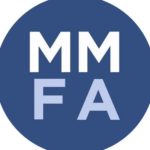 Media Matters For America attacked the International Fact-Checking Network, headquartered at the Poynter Institute, for verifying The Weekly Standard Fact Check. A Dec. 8, 2017 article by Cristina López G. noted the IFCN gave verified status to the conservative Weekly Standard’s fact check effort despite the concerns of an independent assessor.

López makes one particularly valid point despite otherwise providing a strong reminder that Media Matters itself does poor work.

After finding substantial fault in the Standard’s fact-checking process, the ICFN verified it on the basis of just three weeks of new fact-checks that met it standards, despite Poynter’s own three-month requirement and over the concerns of its own assessor.

López’s claim of a three-month requirement scores a hit.

b. The signatory publishes reports that evaluate distinct claims exclusively on the basis of their accuracy. It does so on a regular basis (an average of at least one report a week over the previous three months).

The Weekly Standard Fact Check fails to qualify with respect to this criterion. It’s that simple. However, Media Matters leaves out a big part of the story, likely for lack of research. The IFCN has regularly relaxed its principles to verify applicants. We wrote about it back in May, noting at the time that only one fact checker from the IFCN’s verified list had fully complied with all the criteria.

Media Matters makes an important point. It was the same point, in fact, that we tried to emphasize with our article about IFCN verification: If organizations do not meet the criteria then why does the IFCN confer on them “verified” status?

For the sake of its own reputation as well as that of its members, the IFCN needs to either enforce the principles it has or else change them to something it feels comfortable enforcing. Anything else misses the point and purpose of the verification process. A sham process will not engender public trust. A rigorous process will encourage trust.

Is there really any debate about what type of process the IFCN ought to use?

The Rest of the Media Matters Critique

With Media Matters’ main valid point praised and acknowledged, what of the rest? Why do we say it helps confirm Media Matters’ reputation for poor work?

Only 24 of the 43 pieces published on the Standard’s website categorized under the tags “fact check,” “fact checking,” and “Tws Fact Check” are actual fact checks.

The Weekly Standard Fact Check’s “About” page has a hotlinked archive of all of its stories, and López has a point that the list includes articles with the “fact check” tag from well before the Standard set up a separate entity to do fact-checking. The Standard ought to correct that problem with all haste. However, the fact checks not stemming from TWSFC carry no relevance in terms of the IFCN’s verification standards.

14 pieces are attacks on fact-checking institutions for perceived liberal bias.

We do not see how the above complaint counts as relevant unless the examples come from the TWSFC era. López doesn’t say.

Other fact checkers, such as PolitiFact, also fact check satirical material. Is that a disqualifier? Hardly.

One piece fact-checks a meme. Most of the websites the Standard took to task for sharing the meme noted the possibility that it was a hoax.

We could not easily find López’s example. Perhaps she should have identified it specifically.

Only 12 pieces feature the byline of the Standard’s official fact-checker, Holmes Lybrand. Of those 12, only seven appear in the section that the Standard presents as its formal fact-checking operation (of those seven, it seems three were published within five minutes of each other).

Lopez scores another fair point here about the organization of TWSFC’s website. It could use considerable improvement. As for publishing three fact checks at nearly the same time—so what?

This complaint works okay as an added detail about the site’s disorganized presentation. But if an “opinion writer” writes a fact check that treats the issue fairly, what is the problem?

MMFA apparently didn’t consider its glass house status when it published this critique. An admittedly partisan organization cannot deride the fairness of another organization based on its collective political leaning without making itself guilty of colossal hypocrisy. MMFA ought to change its tune and argue that partisan organizations may fact check just as effectively as supposedly non-partisan ones. MMFA ought to defend The Weekly Standard’s fact-checking on the same basis as its own. If the fact check is fair, it counts. It counts regardless of the political leaning of the organization or the writer.