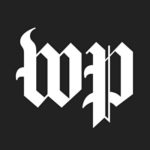 Who comes out ahead, the Post or Project Veritas?

Failing to obtain a media bias story could also count as a failure, though a minor one.

As for the Washington Post, it had an opportunity to enhance its reputation as a solid news organization.

We conclude that the Post largely whiffed on that opportunity thanks the highlighted (bold) sentence from its story reporting on the attempted sting:

In a follow-up interview, O’Keefe declined to answer repeated questions about whether the woman was employed at Project Veritas. He also did not respond when asked if he was working with Moore, former White House adviser and Moore supporter Stephen K. Bannon, or Republican strategists.

The group’s efforts illustrate the lengths to which activists have gone to try to discredit media outlets for reporting on allegations from multiple women that Moore pursued them when they were teenagers and he was in his early 30s. Moore has denied that he did anything improper.

The great bulk of the story follows the standard of objective reporting. But the highlighted sentence counts as a cornucopia of analysis and opinion.

In the headline of its story, the Post declines to state as fact that Phillips worked for Project Veritas.

Yet in the highlighted sentence, Phillips’ direct connection to Project Veritas serves as the premise. The Post gives no examples from Project Veritas would serve as any evidence at all of an effort to discredit media allegations against Moore unless we count the one from Phillips.

Likewise, the Post’s reporting goes beyond its evidence when it states that Project Veritas’ sting attempt shows how far groups will go to “discredit media outlets for reporting on allegations from multiple women that Moore pursued them when they were teenagers and he was in his early 30s.” What objective reporting could lead to that conclusion other than a clear statement from someone like James O’Keefe himself? Does the Post employ a telepath who objectively reports motives? The Post states its apparent hypothesis as fact without any solid evidence in support.

Indeed, as T. Becket Adams pointed out, if the Post had run a story based on Phillips’ fabrication, it may have decided the Alabama special election against Moore. The Post’s hypothesis appears to assume madcap planning at Project Veritas. So the Post just ran with it?

If Project Veritas backed Phillips’ attempt to sell a false story to the Post, it failed miserably. But the Post’s story about its handling of the sting attempt served nearly as well to embarrass the news organization.

If the Post had never published that one sentence it would have scored a clear win.

Once it was published, it was too late. Project Veritas emerges the victor at this stage of the game thanks to the Post’s lapse of objectivity.