Quote check: ‘We’re not going to let our campaign be dictated by fact checkers’ 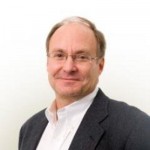 “We’re not going to let our campaign be dictated by fact checkers.”

On Aug. 28, 2012 the campaign pollster for the Mitt Romney presidential campaign, Neil Newhouse, participated in a media breakfast event sponsored by Yahoo! and ABC News. During a discussion of the controversy around deceptive campaign advertising, ABC News reported the following statement from Newhouse (bold emphasis added):

Newhouse suggested the problem was with the fact-checkers, not the facts themselves: “Fact-checkers come to this with their own sets of thoughts and beliefs and you know what? We’re not going let our campaign be dictated by fact-checkers.”

Newhouse’s last line has continued to turn up all over the Internet, often without mention of the surrounding context.

What was Newhouse saying? We think the context makes clear Newhouse was not expressing a disdain for facts but instead expressing his distrust of fact checkers. The ABC News report makes that clear with its paraphrase of Newhouse: “Newhouse suggested the problem was with the fact-checkers, not the facts themselves.”

We’ll see that all three of the major fact checkers ignored the meaning ABC News identified for Newhouse’s statement and replaced it with a meaning that better served their purposes.

Factcheck.org used the Newhouse quotation in an article summarizing the “Biggest Whoppers of 2012.” Factcheck.org chose as one of its biggest whoppers a Mitt Romney campaign ad claiming the Obama administration had gutted welfare reform by relaxing work requirements. Proponents of the move said it gave states greater flexibility. FactCheck.org said the ad was false, and used the Newhouse quotation to help chide the Romney campaign for continuing to run the ad despite criticisms from fact checkers:

The Romney campaign continued to run this ad, despite several fact-checking organizations, including ours, finding it to be false. The dust-up over the ad led to Romney pollster Neil Newhouse saying: “We’re not going let our campaign be dictated by fact-checkers.”

Neil Newhouse, challenged by reporters to defend the campaign’s “most effective” (but false) ad, said, “We’re not going to let our campaign be dictated by fact checkers.”

In both cases, Factcheck.org did exactly what it criticizes politicians for doing: changing the meaning of a statement by ignoring the context.

The Washington Post Fact Checker, Glenn Kessler, provided more complete context in his Aug. 8, 2012 fact check than did FactCheck.org. But he still encouraged the impression Newhouse was not so much concerned about the accuracy of the ad as he was its effectiveness:

Romney pollster Neal Newhouse dismissed the complaints of fact-checking organizations after a Romney ad executive said that an ad based on this assertion was “our most effective ad.”

“Fact checkers come to this with their own sets of thoughts and beliefs, and we’re not going to let our campaign be dictated by fact checkers,” he told BuzzFeed.

A September report from Pew Charitable Trust suggests the Romney campaign had a point about the truth of its ad:

In the coming months, food stamp work requirements suspended during the Great Recession will be reinstated in at least 17 states, jeopardizing benefits for hundreds of thousands of Americans.

Hundreds of thousands received benefits that work requirements might have terminated? And that in just 17 states? The number hints that states took the Obama administration’s waiver as a holiday from the welfare work requirement, not just as added flexibility.

Perhaps Kessler and the other mainstream fact checkers were too dismissive of the ad.

[Update Dec. 31, 2013, 1:40 p.m.: Kessler, responding on Twitter, rightly points out that the Food Stamp program, SNAP, is not the program at issue for welfare program (TANF) waivers at issue in the Romney ad]

Tampa Bay Times editor Neil Brown wrote a Sept. 12, 2012 column for PolitiFact using the Newhouse quotation as its centerpiece. Brown argued that Newhouse was wrong to say fact checkers were trying to dictate the running of the campaign. We don’t think that was Newhouse’s point, and we note that Brown, like Kessler, used a presentation that would reinforce the belief that Newhouse didn’t care about the accuracy of the Romney campaign’s ads:

Neil Newhouse was defending a Romney ad that claimed President Barack Obama had gutted the successful bipartisan welfare reform law, even though numerous reporters had revealed that the details in the ad were just plain wrong. PolitiFact.com, the fact-checking unit of the Tampa Bay Times, declared the ad “Pants on Fire” false.

Newhouse’s candor fanned a brush fire over what some have dubbed the “fact-check movement” — the growing number of journalists who report on the accuracy of what candidates and their surrogates say.

Brown used phrasing designed to emphasize the objectivity of PolitiFact’s opinion of the ad, using the words “reporters,” “revealed” and “wrong.” Brown omitted the core of Newhouse’s complaint, that fact checker bias leads to faulty results.

PolitiFact’s editor at the time, Bill Adair, followed with an even more misleading column on Nov. 8, 2012:

Mitt Romney’s pollster was quoted as saying, “We’re not going to let our campaign be dictated by fact checkers.” That prompted harrumphing from media critics and liberal writers who were shocked — shocked! — that the Romney campaign would not immediately cease and desist with its falsehoods when the fact-checkers declared something was wrong.

All three of the fact checkers took Newhouse’s statement out of context to some degree. We therefore charge them with the error of taking things out of context.