Rich Bond and working the refs “If you watch any great coach, what they try to do is ‘work the refs.’” —Richard N. Bond, reported in the Washington Post, Aug. 20, 1992   Overview Do Republicans only complain about media bias as a strategy to “work the refs”? Some use an accurate quotation out of context to suggest a former chairman of the National Republican Committee…
Read more 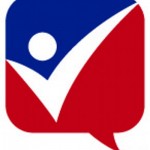 A different approach to fact checking partially unveiled itself on the Web in October 2014. Dubbed “Truthiness Check,” the site takes a Wikipedian approach to fact-checking. We’ve moved slowly to review Truthiness Check partly since we’ve puzzled over how to figure out what the site is even saying about various political claims. The creators have acknowledged the problem and promise…
Read more