Sent Jan. 21, 2017: Dear Jon Greenberg, Angie Drobnic Holan, The fact check you published on Jan. 15, 2017 giving Rand Paul a “Half True” for his claim about Medicaid’s share of ACA coverage contains a major mathematical flaw.The summary of the fact check pulls together the pieces, which do not fit together as your article suggests: Paul said the…
Read more

Review: ‘Heroes or hacks: The partisan divide over fact-checking’ 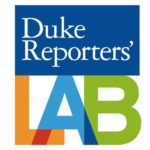 Does a partisan divide exist in attitudes toward political fact checkers? Bill Adair and Rebecca Iannucci of Duke University and the Duke Reporter’s Lab took up the question in a June 17, 2017 report, Heroes or hacks: The partisan divide over fact-checking, hereafter HOH. We will review HOH in two sections, first critiquing the report itself and second exploring the…
Read more