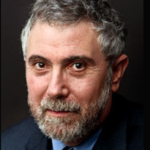 A funny thing happened when the International Fact-Checking Network recognized The Weekly Standard Fact Check as a verified signatory of its statement of principles. Liberals such as economist/columnist Paul Krugman and Media Matters noticed that the IFCN does not stringently enforce its standards for compliance with its statement of principles. Krugman, from his Dec. 8, 2017 op-ed in The New…
Read more

Fact checking the zebras at PolitiFact

Though I haven’t especially pushed it in the few promotional statements put forth about Zebra Fact Check, it was never lost on me that the name lends itself to fact checking other fact checkers.  “Zebra,” of course, often serves as a mildly derisive nickname for sports referees who run about, at least in American football, in uniforms that feature black…
Read more