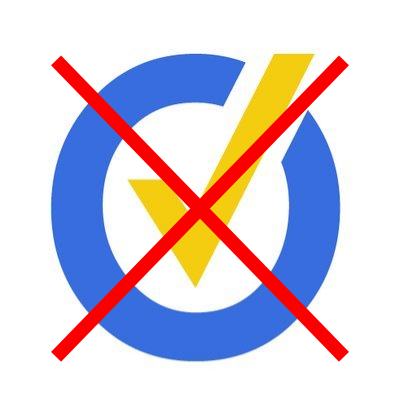 The go-to paper on avian mortality from power plant operation has little to back its conclusions about plants using fossil fuels, and fact checkers struggle to describe it correctly.

A funny thing happened when media fact checker PolitiFact looked into the question of birds killed by fossil fuel-burning power plants. PolitiFact either neglected to check the facts or neglected to tell its readers the facts.

PolitiFact was ostensibly looking at whether solar energy facilities like the one at Ivanpah in California kill “hundreds and thousands” of birds. The fact checkers found that claim “Half True” not because it isn’t true. As PolitiFact explained in the deck of the article, “Solar farms kill thousands of birds, but not as many as fossil fuel plants.”

Of course we wondered how one would go about comparing avian mortality between types of power plants.

PolitiFact’s fact check supported the claim with an expert’s statement and a study citation:

“It is wrong to single out solar and wind (power) as having bird mortality issues,” said David Jenkins, president of Conservatives for Responsible Stewardship. “The estimated number of birds killed by fossil fuel power plants through collisions, electrocution and poisoning actually dwarfs those attributed to solar and wind.”

The first study PolitiFact linked was A preliminary assessment of avian mortality at utility-scale solar energy facilities in the United States. And that study did compare the 37,800 to 138,600 estimated birds killed by solar power plants (existing and under construction) to 14.5 million attributed to fossil fuel power plants. But the latter estimate ultimately relied on a 2009 paper, Benjamin Sovacool’s Contextualizing avian mortality: a preliminary appraisal of bird and bat fatalities from wind, fossil-fuel, and nuclear electricity:

The source PolitiFact linked offered no direct answer to the question of how bird deaths from fossil fuel power plants were calculated. But the Sovacool paper held the promise of some real answers.

But reading Sovacool’s paper revealed that the great bulk of the disparity occurs because burning fossil fuels contributes to climate change.

Looking at the mid-range scenarios in climate change expected by the Intergovernmental Panel on Climate Change, Thomas et al. projected that 15–37% of all species of birds will be committed to extinction by 2050. These numbers, too, can be quantified into 4.98 deaths per GWh.

Adding the avian deaths from coal mining, plant operation, acid rain, mercury, and climate change together results in a total of 5.18 fatalities per GWh (see Table 3).

Sovacool smartly devised a measurement for avian death rates independent of the number of each type of power plant, using “fatalities per GWh.” He used that figure, in turn, to calculate annual bird deaths based on the amount of electricity generated by each type of plant. Note that his 5.18 fatalities per GWh figure attributes over 96 percent of the bird deaths to climate change.

6 While there are more than 9800 species and an estimated global population of 100 billion to one trillion individual wild birds in the world, only 5.6 billion birds live in United States during the summer (Hughes et al., 1997; Elliott, 2003; Hassan et al., 2005). Taking the mean in climate change induced avian deaths expected by Thomas et al. (26%), one gets 1.5 billion birds spread across 41 years for the United States, or an average of 36.6 million dead birds per year. Attributing 39% of these deaths to power plants (responsible for 39% of the country’s carbon dioxide emissions), one gets 14.3 million birds for 2.87 million GWh per year, or 4.98 deaths per GWh. Carbon dioxide emissions were selected for analysis because Hanson and Sato (2004) report that they are responsible for 90% of the climate-forcing effects of greenhouse gases (with nitrous oxide accounting for 5%, methane at 4%, and other trace gases 1%)

It should be plain, and Sovacool would probably admit, that the method described above serves as a dubious calculation of annual avian mortality. For example, the emissions from U.S. sources do not account for U.S. global warming. Global emissions make up the global affects of warming from carbon dioxide output. And simply averaging predictions of future bird deaths over a 41-year period counts as arbitrary.

PolitiFact dings its Republican victim with a “Half True” rating for allegedly leaving out critical context. So how can PolitiFact justify leading its readers to believe that fossil fuel power plants kill far more birds than solar power plants by “collisions, electrocution and poisoning” while backing that with bird deaths caused by climate change?

Those citing Sovacool’s work need to describe it for what it is and avoid misleading comparisons.

We found a number of media sources using Sovacool’s work without explaining it, including The New York Times and USAToday. We found misuse by one other fact checker, by the U.S. iteration of The Conversation.

The article from The Conversation attempted to contextualize the number of deaths caused by wind turbines. It relied on Sovacool’s numbers, in particular a statement from the paper’s abstract. Here’s the relevant part, with bold highlights showing the portion used by The Conversation:

While this paper should be respected as a preliminary assessment, the estimate means that wind farms killed approximately seven thousand birds in the United States in 2006 but nuclear plants killed about 327,000 and fossil-fueled power plants 14.5 million.

Given that over 96 percent of the bird deaths Sovacool estimated were blamed on “rapidly accelerating” climate change, we judge that the 2006 estimate was both tenuous (based on long-range projections based on modeling) and unlikely (rapid acceleration implies lower effects near the beginning of the 40 years of accelerated climate change).

In other words, for every one bird killed by a wind turbine, nuclear and fossil fuel powered plants killed 2,118 birds.

We’re not sure why The Conversation omitted Sovacool’s minimalist disclaimer that his numbers were “a preliminary assessment.”

Another fact-checking service, BBC Reality Check, similarly misused Sovacool’s findings. To support its claim that fossil fuel-burning power plants kill millions of birds annually, the fact checkers cited Sovacool twice. Sovacool’s papers were identified only by the year they were published, giving the misleading appearance that the second paper independently supported the first. Both citations neglect to inform readers that the bulk of the avian fatalities were calculated based on predicted future bird deaths.

The second citation, in fact, lists the means of death for the millions of birds without listing climate change among them (bold emphasis added):

Another study in 2012 came to a similar conclusion, finding that fossil-fuel powered plants killed birds during mining, through onsite collision, electrocution with plant equipment and poisoning.

Zebra Fact Check would not forbid researchers from counting predicted avian deaths from climate change among the number caused by various types of power plants. However, we would insist that researchers or fact checkers reporting those results would responsibly inform readers about the methodology and avoid misleading comparisons.

We see no reasonable way to construe the Sovacool papers to conclude that fossil fuel power plants kill more birds than solar energy plants like Ivanpah on a GWh basis. At least not without his dubious practice of averaging future climate change fatalities into contemporary annual deaths.

Note: We sent an email to David Jenkins, the president of Conservatives for Responsible Stewardship, regarding the interview material from him PolitiFact included in its fact check. We will update this item if and when we receive a response from Jenkins.