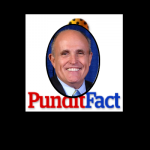 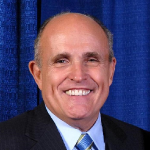 “[Rudy] Giuliani said, “the conviction rate is almost exactly the same” for whites and blacks who commit murder.

Without statistical data to back up his claim, we rate it False.” 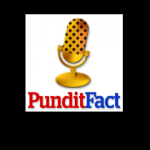 Facts and consistency escape PunditFact’s grasp as it overlooks an extensive study by the Bureau of Justice Statistics from 1991.

We couldn’t find any statistical evidence to support Giuliani’s claim, and experts said they weren’t aware of any, either. We found some related data, but that data only serves to highlight some of the racial disproportion in the justice system.

And when you take a step back, Giuliani’s comment — even if supported by statistical evidence — would amount to cherry-picking data to shed the most benign light on racial disparities of the American justice system. Jurisprudence in general does not reflect this pattern.

Without statistical data to back up his claim, we rate it False.

A YouTube video clip of the “Fox & Friends” segment provides the context (our partial transcript follows):

Your conversation with him [Georgetown professor Michael Eric Dyson], although it wasn’t really a conversation, it was pretty, pretty heated between the two of you, uh, just simply had to, it got started with, you were citing black on black violence crime statistics—

We’ll examine PunditFact’s justifications for the “False” rating it gives Giuliani. We’ll look for evidence PunditFact may have missed or ignored, evaluate the idea that Giuliani was cherry-picking data to make the U.S. justice system seem more fair to blacks than reality would indicate, and examine the logic behind rating a statement “False” for lack of supporting evidence.

We found evidence supporting Giuliani’s claim with little difficulty. The Bureau of Justice Statistics published a report in 1991, using data from 1988, about crime statistics in the 75 largest U.S. counties.

Among the findings in the report (bold emphasis added):

While 74% of male defendants and 62% of female defendants were convicted of at least some charge, the differences between conviction rates for white and black defendants were not statistically significant (table 14). Black and white defendants had about the same type of case outcome and average prison sentence length. Both racial groups were equally likely to have received a death sentence.

The 75 counties covered in the report were home to most of the murder cases in the United States. PunditFact cited as relevant a 2013 report by the Bureau of Justice Statistics also covering the largest 75 counties, though that report did not address race. PunditFact’s use of that 2013 report makes ignoring the 1991 report hard to justify.

We also learned of a 1983 RAND Corporation study addressing the question of conviction rates. The RAND study reviewed past research:

[T]he only stage at which extralegal factors such as age, race, and SES have not been found to play a role, in one study or another, is the conviction stage (although only La Free (1980a, 1980b) studies convictions directly).

We found information about a third supporting study connected to the Center for Equal Opportunity. Deseret News reported on the study in 1996:

“In 12 of the 14 types of crimes for which data was collected (by the Justice Department) the conviction rate for blacks is lower than that of whites,” the study said. That included murder, rape, robbery, assault, burglary, drug offenses, weapons charges and “other crimes against persons.”

Blacks are convicted at a higher rate for only two categories of crime – felony traffic offenses and for a small number of miscellaneous crimes felonies.

We could understand subtracting some weight from these three reports owing to the passage of time. On the other hand, it’s hard to imagine that black defendants are treated worse in the 21st century in murder cases than they were during the 1980s compared to white defendants. If PunditFact decided the report wasn’t relevant since it only covered the largest 75 counties then why did PunditFact cite as relevant a 2013 report also focusing on the largest 75 counties?

We conclude that PunditFact failed to discover information supporting Giuliani even though it wasn’t difficult to find.

“Giuliani’s comment … would amount to cherry-picking data to shed the most benign light on racial disparities of the American justice system.”

We find no evidence to support PunditFact’s “cherry-picking” charge against Giuliani. Our examination of the context shows Giuliani was responding to the notion that black murder defendants face a higher conviction rate than whites. That wasn’t quite what Dyson said to Giuliani on “Meet the Press,” however:

Giuliani wasn’t trying to “shed the most benign light on racial disparities.” He was countering a charge about one alleged racial disparity. PunditFact acknowledges this context in the fifth graf of its fact check, only to neglect it when branding Giuliani’s statement with its “False” rating.

“Without statistical data to back up his claim, we rate it False.”

As noted above, we found evidence backing Giuliani’s claim, albeit the data come from the 1980s and 1990s. But even lacking that evidence in support of Giuliani, PunditFact’s failure to find data backing his claim fails to justify giving it a “False” rating.

In logic, we use the term “appeal to ignorance” to describe the mistake of thinking a lack of evidence makes a claim either true or false. At the same time, an appeal to a lack of evidence may carry legitimate weight if an expected evidence is missing. For example, when a person walks across a sandy beach we expect to find footprints. A beach with no footprints on it counts as evidence no person recently walked on it, though of course the evidence does not count as proof. Something may have caused the footprints to disappear.

PunditFact’s fact check never makes the case that the apparent lack of evidence made Giuliani’s claim false. By analogy, instead of finding a beach with no footprints on it to suggest Giuliani was wrong, PunditFact never found any beach at all to consider as evidence. PunditFact used a biased point of view to influence its decision (bold emphasis added):

His claim about even conviction rates surprised us, given the widespread perception that black Americans are disadvantaged in the criminal justice system.

The preconception carried the day, though it’s also worth noting that PunditFact’s statement of principles places a potentially fallacious burden of proof on the person making a claim. PunditFact has no business rating a claim either true or false based simply on a lack of evidence. PunditFact acts hypocritically when it fails to make an affirmative case for any of its own claims.

PunditFact could have justified Giuliani’s “False” rating by finding evidence supporting the idea that blacks suffer a higher conviction rate when tried for murder than whites. Simply failing to find evidence in support of Giuliani’s view doesn’t cut the mustard.  When we consider the available evidence, the burden of proof falls on those who dispute Giuliani’s claim.

What does it mean if blacks tried for murder have a lower conviction rate than whites?

We suggest caution in drawing conclusions. The story about the 1996 CEO study pointed out two important factors about conviction rates. First, taking a plea deal tends to lead to an automatic conviction, and whites tend to accept plea deals more readily than blacks. Second, a trend toward popularization of jury nullification, where a jury acquits in spite of prosecutors presenting a strong case, may help explain a disparity in the conviction rate. So the conviction rate by itself serves as a poor measure of equal treatment for whites and blacks in the judicial system.

We found statistical evidence supporting Giuliani’s claim with little difficulty. We’re not sure why the task was beyond PunditFact. If PunditFact found this evidence and deliberately excluded it from its fact check we can’t imagine a reasonable justification.

“[E]xperts said they weren’t aware of any, either”

Though PunditFact only lists contacts with three experts outside the Bureau of Justice Statistics, we find this claim remarkable. Researchers track results for black homicide victims and juries with black members but don’t have statistics on conviction rates by the race of the defendant? This seems like a case where the BJS could obtain the data if it deemed it significant. The 1991 and 1996 studies we found both claimed reliance on data from the BJS.

“We found some related data, but that data only serves to highlight some of the racial disproportion in the justice system.”

Data comparing the percentages of convicted whites and blacks in the general population do not really have anything to do with Giuliani’s claim. Nor is that comparison any more indicative of fair treatment in the judicial system than conviction rates alone. PunditFact’s “related data” were unrelated to the fact PunditFact said it was checking.

“Giuliani’s comment — even if supported by statistical evidence — would amount to cherry-picking data to shed the most benign light on racial disparities of the American justice system.”

PunditFact never supports its claim of “racial disparities of the American justice system.” PunditFact simply takes the claim for granted. The studies we located show similar conviction rates for whites and blacks for most felonies, not just murder. PunditFact makes up its charge of “cherry-picking” out of whole cloth, if we judge by the evidence PunditFact presents. It’s absurd to say using conviction rate data to rebut a claim about conviction rates amounts to cherry-picking.

Are there disparities in the American justice system? Sure. The RAND report, for example, stated that factors like race figured in every judicial category it examined except for two. But one of those two was conviction rates, and that supports Giuliani’s point.

“Without statistical data to back up his claim, we rate it False.”

PunditFact missed obvious statistical data supporting Giuliani and failed to bear any burden of proof for showing Giuliani wrong. Regardless of intent, the resulting fact check suffers from a fallacy of one-sidedness. PunditFact’s justification for its ruling also makes use of the fallacy of appeal to ignorance.