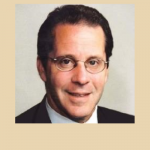 “The entire DNA of the enforcement mechanism in the sequester was to bring both sides back on the table.  The Democrats would compromise more in entitlements, that Republicans would compromise more on revenue.  So the idea that this moves the goalposts is just—I mean, there’s not even an ounce of—there’s not even an ounce of truth to that.” —Gene Sperling,…
Read more