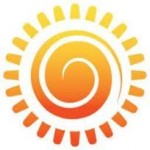 “Contradicting Florida’s Office of Insurance Regulation, a study from the RAND Corporation reports that the Affordable Care Act is unlikely to cause a hike in premiums for the individual market in this state or nationally.”

An email from Sen. Bill Nelson (D-Fla.) alerted us to an article in Florida Health News containing “some interesting information about health insurance costs.”

Contradicting Florida’s Office of Insurance Regulation, a study from the RAND Corporation reports that the Affordable Care Act is unlikely to cause a hike in premiums for the individual market in this state or nationally.

The RAND Corporation issued a press release on Aug. 29 announcing the publication of its study.  RAND Corporation is a nonprofit organization that conducts research and analysis on policy issues.  This study was commissioned by the U.S. Department of Health and Human Services.

The Florida Office of Insurance Regulation published its estimates on July 31, 2013.

Gentry claims that the RAND study says that insurance premiums will not likely increase as a result of the Affordable Care Act.  It’s reasonable to extract that claim from the report based on the aim of the report as stated on Page vii of the report summary.  But Gentry leaves out or minimizes a series of key points, made clear in the report, that weaken its conclusion and undercut Gentry’s claim that the RAND study contradicts the one from the Florida Office of Insurance Regulation.

Gentry has reported in the past about Florida’s resistance to the Medicaid expansion.

The uncertainty of the non-group market

The RAND study includes whole paragraphs emphasizing the uncertainty of its predictions, largely stemming from a lack of information on how insurers will respond to the health insurance law.  Gentry alerts her readers to none of the uncertainties emphasized in the report.

The RAND study produces three key graphs intended to help explain the results of a complicated evaluation.  For simplicity, we’re using just the top part of each graph, which features Florida, to help explain what the graphs mean.

The first (Figure 5) compares the baseline predictions for 2016 without the ACA for ten states and nationally against the predicted out-of-pocket expense under the ACA in 2016.  Because many will find themselves eligible for subsidized health coverage, the average out-of-pocket cost in Florida for 2016 under the ACA comes out $9 lower than the $3,037 average for 2016 without the ACA.

The third graph (Figure 7) covers a very important element of the comparison.  ACA proponents stress that insurance consumers will receive a better value for their insurance dollar.  Therefore, the third graph adjusts premiums to make the actuarial value (as well as age and tobacco use considerations) the same with or without the ACA.

Note that the baseline figure for (non-ACA) average premiums remains constant for each of the three graphs at $3,037.

According to the RAND report, then, consumers in Florida will pay on average 2 percent more for the same individual coverage, assuming Florida expands Medicaid.

The model vs. the real thing

The Florida Office of Insurance Regulation based its predictions for premium increases on the proposals for plan pricing that insurance companies provided.  Recall that was one of the confessed disadvantages of the RAND study:  The researchers did not know how insurers would deal with the ACA.  The state of Florida’s regulating body had an idea of what insurers would do.  The insurers reported their rate proposals.  After that, the state estimated the cost of plans fitting the ACA’s “silver” category and compared that to the various “silver” plan rate proposals it received.  Health insurance companies offering plans in Florida doubtless considered the state’s stance on Medicaid expansion.

The RAND study and the FLOIR study made two different types of predictions.  The RAND study, as the report’s title suggests, predicted the effects of the ACA on health care premiums.  The FLOIR study predicted premium increases using two methods, including one that adjusted for expected changes in minimum plan benefits mandated by the ACA.

Estimating the effects of Gentry’s errors

Does the RAND study contradict the rate predictions from the Florida Office of Insurance Regulation?  As pointed out above, the two sets of predictions cover different territory.  Gentry’s article carries the headline “No Rate Increase, Study Predicts.”  But the headline is false.  The RAND study, properly read, does not predict rate increases.  It estimates the difference made by the ACA on premiums in 2016.  It estimates a 2 percent rate increase (Figure 7) from the ACA, and it predicts an 8-10 percent rate increase in Florida if Florida, as expected, does not expand Medicaid coverage.

That gives us an estimate of a 10-12 percent rate hike with a great deal of uncertainty, and it doesn’t count pressures for increased premiums aside from the ACA.  Gentry’s case that the two estimates contradict relies on her faulty reporting.  The estimates are compatible on their face, properly considered, and Gentry offers no good reason to think otherwise.

It’s useful to do studies like the one RAND Corporation performed.  It gives helpful estimates of the ACA’s effects on insurance premiums.  But at the same time, raising the minimum actuarial value of health insurance plans certainly counts as an effect of the law, and it has a big impact on average premiums.

Though one may attempt to read Gentry’s above claim charitably as simply noting that the RAND Corporation predictions differ from those of the Florida Office of Insurance Regulation, the context compels us to interpret Gentry to mean that the RAND study discredits the one from the FLOIR.  Gentry left out key parts of the story that would have shown the two studies aren’t necessarily far apart.

Taking into account Florida’s position on expanding Medicaid coverage, the RAND study finds it likely that the ACA will cause a hike in premiums in Florida’s individual insurance market, to the tune of 10-12 percent.  The RAND study projects a lower hike than the set of projections from FLOIR, but the latter had access to information likely to help it make better predictions, namely rate proposals from insurance companies doing business in Florida.

Though it was a not a focus of this fact check, it is fair to read the RAND study to say that it does not expect the ACA to raise non-group health insurance premiums.  That’s charitably read, of course, to reflect an adjustment for actuarial value.  The ACA’s minimum limits on insurance benefits will raise the average individual premium nationally, though subsidies will result in a net reduction of the average out-of-pocket expense for the consumer.

The takeaway here is not that the FLOIR prediction is better than the one from RAND Corporation.  Rather, we stress the importance of paying attention to the uncertainties in the respective predictions.  Given the uncertainties in both sets of predictions, one does not contradict the other.  Both see higher non-group health insurance premiums in Florida as a likely result of the ACA.

This was well-played by Sen. Nelson.  Nelson sends the message to his constituents that the health care reform bill he supported is not raising their health insurance premiums.  But he doesn’t say anything about it himself.  He’s just pointing people to an “interesting” article about the effects of the ACA.  It’s a fine example of plausible deniability.

We’ll update this item with full images of some of the RAND report’s graphs after we receive permission from RAND Corporation.