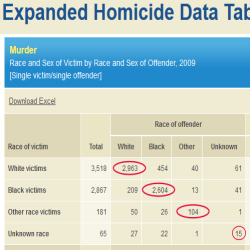 Zebra Fact Check documented the International Fact-Checking Network’s 2019 failure to hold its stable of “verified” fact-checking organizations to account. PolitiFact, which shares ownership with the IFCN, was notable in escaping scrutiny.

The IFCN has yet to explain those failures, but coincidentally or otherwise it revised its Code of Principles in December 2019 along with its methods for verifying compliance with that code.

The IFCN implemented the changes in time for them to apply to PolitiFact’s 2020 annual review. PolitiFact comes due for a new review on June 20, 2020.

A complaint we submitted to the IFCN about PolitiFact on June 17, 2020 should help show whether the IFCN’s changes will give us more of the same—fig leaf accountability promising far more than it actually delivers—or else a system that actually holds fact-checking organizations accountable for identifying and fixing problems.

The modern “woke” journalist shows a reluctance to report some statistics. That tendency showed up powerfully when journalist Lee Fang published video of a black man sharing his concern about blacks suffering violence from other blacks. Other journalists attacked Fang for sharing the story and he was accused of racism. Via Matt Taibbi:

Like many reporters, Fang has always viewed it as part of his job to ask questions in all directions. He’s written critically of political figures on the center-left, the left, and “obviously on the right,” and his reporting has inspired serious threats in the past. None of those past experiences were as terrifying as this blitz by would-be colleagues, which he described as “jarring,” “deeply isolating,” and “unique in my professional experience.”

To save his career, Fang had to craft a public apology for “insensitivity to the lived experience of others.” According to one friend of his, it’s been communicated to Fang that his continued employment at The Intercept is contingent upon avoiding comments that may upset colleagues.

The blog post makes it sound as if the black-on-black murder rate is particularly significant, but we found similar high percentages for whites.

The blog post made it sound as if the black-on-black murder rate is particularly significant by asserting that 8,000-9,000 blacks are murdered each year and other blacks committed 93 percent of those. It turned out the number of murders was wrong because the number of murders has dropped over time, but if we do the math on 8,000 total murders then black murderers would account for 7,440 of them.

What if we went out on a limb and supposed that it was the nearly 7,500 blacks killed by other blacks that were significant and not the 93 percent figure itself?

The most obvious way to measure the significance of the 7,440 figure comes by comparing it to parallel figures for other racial groups. The FBI data only counts one other racial group: whites (charts for some years track “other” and “unknown”).

How many whites were murdered by other whites? In 2005, the crime report PolitiFact cited said almost 50 percent of all murders victimized blacks:

Blacks accounted for 49% of all homicide victims in 2005, according to the FBI’s UCR.

PolitiFact’s May 2015 update on black-on-black murder statistics duplicated its 2013 error by completely avoiding the disproportionate number of blacks killed by other blacks.

The point is not that blacks are more dangerous as a race. The point is black lives matter, making it desirable to reduce the number of black intraracial murders.

Will that happen if we pretend the problem does not exist?

Are fact checkers doing their job if they help bury the facts?

A ‘Hot Potato’ for the IFCN

Our complaint tosses a ‘hot potato’ to the International Fact-Checking Network.

Does the IFCN stand up for the facts against the wave of newsroom progressivism? Will it act to encourage PolitiFact to fix its reporting?

Or will the IFCN reveal itself clearly as part of the progressive journalism movement that would suppress unpopular facts?

Will the IFCN model appropriate journalistic transparency in its handling of the matter?