One “Pinocchio” is not enough 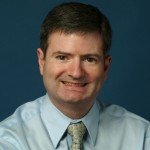 That interested us, for we fact checked a version of the same claim coming from Consumer Reports.  Finding other fact checkers investigating similar claims provides an opportunity to see how our approach compares with theirs.

The fact checks feature a number of points of agreement.

Kessler clearly bested us in one area.  He kept focus on the relationship between the claim of $3.4 billion in savings and the HHS study.  We focused to the point of blunder on the Kaiser study, posting a correction and revising the fact check before starting on this article.

On the other hand, we provided more information in our fact check than Kessler offered in his.

We took note of statements by critics that the 80/20 rule could result in higher premiums.  Kessler simply went with the assumption that it would provide downward pressure on premiums (bold emphasis added):

Under the rule, insurance companies cannot keep more than 20 percent of the premiums for overhead and profits. (The rule is even stricter for the larger group market — 15 percent.)  So there obviously would be an incentive for insurance companies to get their overhead down so they would not have to mail rebates to consumers.

The critics simply point out that the easiest way to make 20 percent lead to a big number padding profits is to hike premiums.  Though the ACA also mandates reviews for proposed rate increases above double-digit percentages, it provides no power for preventing the increases.   The review is a formality, as things stand, except where a state legislates the authority to deny the increases.

We also took note of estimates saying that allowing insurance companies to exempt agent and broker bonuses from overhead calculations would eliminate much of the claimed savings from the 80/20 rule.  The implication, of course, is that insurance agents and brokers account for a huge hunk of the savings by receiving lower pay.  Will consumers get the same service from those professionals at a lower pay rate?

In addition, we pointed out a Congressional Budget Office projection that savings from the 80/20 rule will decrease over time.  A fact check like Kessler’s might leave the impression that the claimed numbers represent a consistent trend.

Despite reporting comments from HHS that factors other than the 80/20 rule explain the improved performance in medical loss ratios, Kessler awarded President Obama a single “Pinocchio” for his claim.

What does the rating mean?

Some shading of the facts. Selective telling of the truth. Some omissions and exaggerations, but no outright falsehoods.

President Obama said the savings occurred because of the rules limiting the percentage of insurance premiums used for overhead.  HHS said other factors were in play.  Kessler himself noted that the relevant studies offer no assurance that the $3.4 billion figure measures the effect of the rule.

How does Kessler define “falsehood”?

The figure is very probably wrong, and it certainly fails to take factors other than the 80/20 rule into account.

Our rating system differs much from Kessler’s, and we looked at two different aspects of the claim from Consumer Reports.  First, had the 80/20 rule save consumers billions?  We found that true if taken very charitably, ignoring factors that might have cost consumers more money.  We pointed out specifically how the claim could mislead an audience, whereas Kessler’s rating offered a generic range of possibilities.  Second, was the claimed savings all from the 80/20 rule?  HHS, the source of the claims from the president and Consumer Reports, said no.  That makes the claim false.

The president’s claim uses a poorly supported figure and misrepresents its meaning.  One “Pinocchio”?

Kessler’s rating is short at least one Pinocchio, not that we endorse rating systems like his.

@ZebraFactCheck Yeah, I nearly made it 2, and in retrospect wish I had, after reading @factcheckdotorg‘s take. http://t.co/KYVdc6fiGc

We thank Mr. Kessler for responding.  We note that with the passage of a week the original rating still accompanies the story.  We take that to imply something about the objectivity of the Fact Checker’s rating system, in that an apparently admitted error requires no correction.  The Pinocchio rating is like a judgment call where an umpire calls a third strike to end a baseball game.  The game’s over, regardless of whether the umpire later says the pitch was three inches outside.