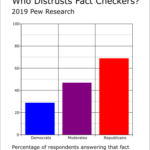 Why do Muslims kill each other? 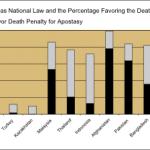 Last week we published a fact check of President Obama’s claim that the vast majority of Muslims reject the extremist terrorist ideology.  The president described that ideology as seeing the U.S. in conflict with Islam and viewing violence against civilians as a fitting response to that conflict. The president also stated that Muslims make up the group most often victimized…
Read more