Why do Muslims kill each other?

Last week we published a fact check of President Obama’s claim that the vast majority of Muslims reject the extremist terrorist ideology.  The president described that ideology as seeing the U.S. in conflict with Islam and viewing violence against civilians as a fitting response to that conflict.

The president also stated that Muslims make up the group most often victimized by the minority of extremists within the Muslim population.  We found some data in the Pew Research poll we used in last week’s fact that may help shed some light on the frequent victimization of their fellow Muslims by the extremist minority.

Update and Correction, Feb. 23, 2015: An anonymous blogger at the “Empethop” website pointed out to us that Pew did ask general populations of Muslims about the death penalty for apostasy. The numbers end up almost as appalling. 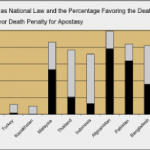 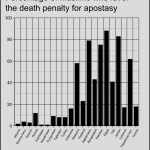 Why do we believe this information helps explain why Muslims kill Muslims?  First, because it shows the high premium many Muslims place on religious purity.  Second, because the two dominant sects of Islam tend to regard each other as false versions of Islam, sometimes to the point of regarding the competing sect as apostate.