George Washington and the Second Amendment: Unsettling the question with expert opinions 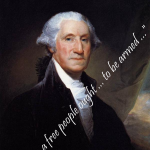 While fact checking claims PolitiFact Texas made in its fact check of Rep. Louie Gohmert (R-Texas) I ran into the problem of experts giving contradictory opinions. Gohmert answered a journalist’s question about the justification for citizens having arms similar to those used by law enforcement.  Gohmert said his reason was the same as the one that George Washington had for…
Read more 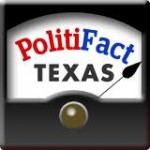 PolitiFact Texas:  “Contrary to Gohmert’s characterization … Washington was not speaking about citizens arming themselves in case of government tyranny. Quite the opposite: The president and former general was calling for disciplined troops to fight on behalf of the government.” Overview PolitiFact Texas builds a dandy straw man in honor of Rep. Louie Gohmert (R-Texas). The Facts The line from…
Read more