Tea party folks think the government should keep its hands off Medicare?

We were recently reminded of the allegation that tea party members don’t understand that Medicare is a government insurance program.  The reminder came with photographic evidence:  an early tea party rally featuring a person holding a sign that read “Keep government out of my Medicare!  You damn socialists!” 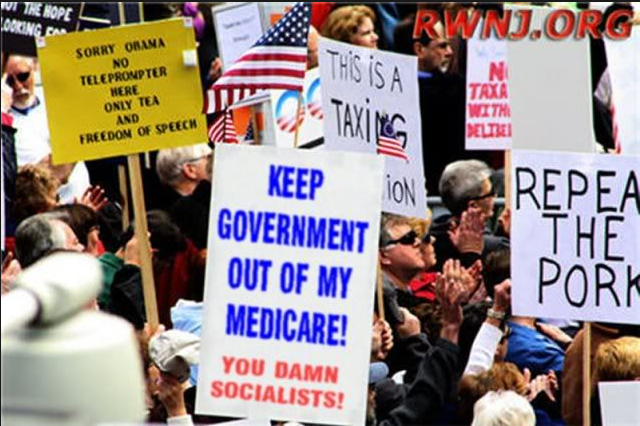 The sign didn’t look quite right.  Suspecting a Photoshop job, we looked up the website associated with the logo embedded in the photo.  We found pictures of an early tea party rally, and one of them almost matched.  Sure enough, the original image showed a different reading for the sign:  “One Big Awful Mistake America.” 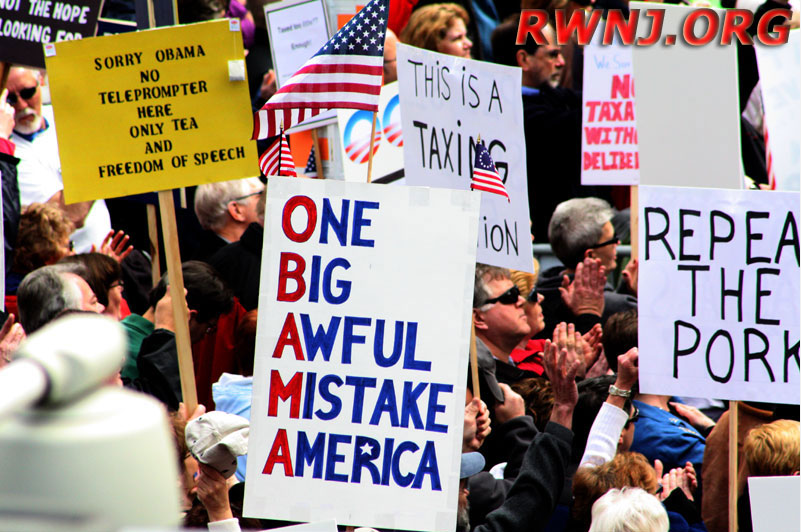 Clearly, the first image serves as a poor evidence that tea party folks fail to understand that Medicare is a government program.  The photograph was altered to produce that impression.

Maybe other images would provide good evidence of that pathetically inconsistent belief?

Good photographic evidence of this particular silly tea party belief will date from before the health care reform bill was introduced or the text of the incriminating sign will clearly express confusion about the government’s control of Medicare, as opposed to an objection to the government cutting the growth of Medicare to help pay for younger Americans’ health insurance.

We found one liberal blogger, Eric Kleefeld, who confirmed (perhaps facetiously?) the silly tea party belief—based on this video:

We had our doubts.  How do we know the fellow with the sign is a tea partier?  We could discern no obvious physical clues that would confirm it.

In any event, if the gentleman in the video does fail to understand that the government runs Medicare, it’s among the poorest of evidences that the belief is widespread among tea partiers.