The Secret to Transparency (Updated) 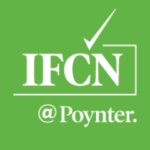 In late 2016 the International Fact-Checking Network issued a statement of principles held in common by its members.* 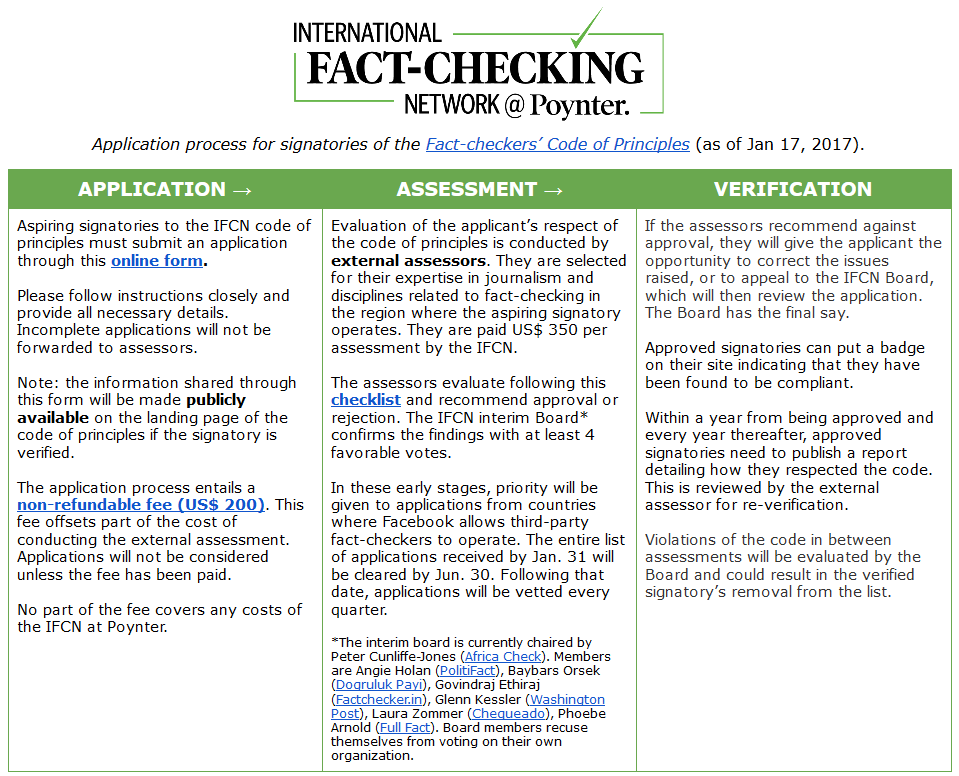 Note how the middle column of the document describes the evaluation process (bold emphasis in the original):

Evaluation of the applicant’s respect of the code of principles is conducted by external assessors. They are selected for their expertise in journalism and disciplines related to fact-checking in the region where the aspiring signatory operates. They are paid US $350 for each assessment.

The assessors evaluation following this checklist and recommend approval or rejection. The IFCN interim Board* confirms the findings with at least four favorable votes.

Fact-checkers seem tireless in their calls for complete transparency, though their actual efforts at transparency hint that they find themselves too exhausted to comply.

Will the work of the external assessors be made public? That seems a necessary and desirable aspect of transparency, but the IFCN document offers no suggestion that the independent assessors will be named and that their work will be made public.

Zebra Fact Check judges the IFCN’s process unsatisfactory if assessors’ names and their reports are not publicized. Moreover, the Board’s power to confirm the assessment with a supermajority vote from four of its seven member makes a mockery of the concept of fact-checking. That is, unless an unstated rule exists that members of the board will not vote on the accuracy of the report without replicating the work of the independent assessor. A stipulation like that should occur in written form, not as an unstated principle.

If the IFCN framework fails to include the transparency we fear it lacks, then the IFCN risks making itself ineffectual in accurately judging how well fact-checking entities comply with its statement of principles. Its assessments may end up just as subjective as “Truth-O-Meter” judgments.

We tweeted our concerns at the IFCN Twitter account and received a reply from Poynter’s fact-checking director, Alexios Mantzarlis. Mantzarlis affirmed, via Twitter, that the assessors and their assessments will be made public.

Hi there! As signatories get verified, both their applications & their assessment will be published. https://t.co/MZzLrE6fys