It is July 21, 2016, and we’re seeing media stories about the short-lived outrage over the plagiarized lines in Melania Trump’s Republican National Convention speech from July 17.

Let us pause to shed a tear for the hypocritical mainstream media.

Back in 2014, our research led us to stumble across an apparent case of plagiarism at the Des Moines Register. We tried to interest some media watchdogs in the story, since at the time we did not see the story fitting the purpose of Zebra Fact Check.

This is how we described the story:

I’ll start with a link to the relevant fact check I just published today:

That’s what I was working on when I contacted editor Randy Evans of the Des Moines Register.  I asked Mr. Evans about the source of this paragraph in a Register editorial:

The independent Congressional Budget Office found the law will lower health insurance premiums for the same insurance plan by up to 4 percent for small businesses and 3 percent for large businesses. Estimates indicate businesses could save $2,000 per person in health costs.

Compare that with this from whitehouse.gov (2010 version via the Internet Archive):

The independent Congressional Budget Office confirmed that the bill would lower health insurance premiums for the same insurance plan by up to 4 percent for small businesses and 3 percent for large businesses, and estimates indicate that reform could save businesses $2,000 per person in health costs.

I found that archived version of the same information after I first talked to Evans by phone.  I subsequently called him back and told him (via recorded phone message) not to bother looking for the primary source, since I had then come to the conclusion that the White House was the source and the Register copied the information from the White House website (it’s also available in other various other locations, mind you).  I also mentioned that this indicated a likely case of plagiarism, and I sent this email shortly after to make that point clear:

I inquired earlier today about a Sept. 14 editorial from the Register, speaking to you briefly by phone. I subsequently called back and left a voicemail message, but I’m writing now to ensure my message is received clearly.

The Register’s editorial contains information that is obviously paraphrased from the White House website (versions of the similarly worded sets of would-be myth-busting points appear on partisan sites as well).

When I phoned the Register to inquire about the ultimate source of claims attributed to the CBO and/or other sources, I used the assumption that the Register would not use, nearly verbatim, material from the government website without alerting its readers.  Of course we both know that government websites aren’t copyrighted.  There’s no copyright problem with using their material.  But your readers deserve to know where the material comes from, and they ought to be able to trust the paper not to plagiarize its editorials.  The Register’s web page provides no indication that the material came from any source other than the editorial staff.

Compounding the problem, the information so far isn’t really checking out.  Maybe it’s best to go directly to the CBO instead of relying on the White House interpretation.

On the slim chance I’m wrong that the Register relied on a secondary source like the White House for the information, I’d still love to know what primary source was used.

Evans replied the next day with information about the (supposed) primary source.  Note this might qualify as an implicit denial that plagiarism occurred, based on my last sentence above.  Here’s the passage the Register supposed [sic] used as its primary source:

Overall, CBO and JCT estimate that an influx of new enrollees into the nongroup market would yield an average premium per person in that market that is 7 percent to 10 percent lower than the average premium projected under current law. Changes in the types of people covered in the small group and large group markets would have much smaller effects on premiums, yielding a change in the small group market that could range from a decrease of 1 percent to an increase of 2 percent, and a decrease in the large group market of zero to 3 percent.

And here’s my reply to his message:

Dear Mr. Evans,
Unfortunately, you received only part of the story from your staff at the Register.  If you look carefully at the passage you’re offering as the source, the numbers don’t match.  The editorial trumpets a decrease of as much as 4 percent for small group plans.  The CBO passage you were offered as a source talks of a decrease in the small group market of as much as 1 percent.

We would both like to think that this type of cherry-picking was [not] done independently by both the White House and the Register’s editorial staff.
The Register, 2013:

The independent Congressional Budget Office found the law will lower health insurance premiums for the same insurance plan by up to 4 percent for small businesses and 3 percent for large businesses. Estimates indicate businesses could save $2,000 per person in health costs.

I marked up the CBO’s chart to graphically illustrate the deception (see .png attachment).

I’m sure your trust in your staff made it easy to overlook the discrepancy in the numbers.  It’s just not plausible to come up with the 4 percent figure from the passage they’re claiming as the source (the easy transition from talking the size of group insurance to the size of businesses also supports the plagiarism angle).

You have my sympathy.  I’m sure this is no fun.

Again, you have my permission to share this email.

The [not] in bold above I made clear to Evans with an email sent about a minute later.

Here’s how I read it:

The information is deceptive, and it looks deliberately crafted for purposes of deception.  There’s no way one encapsulates the CBO report that way without malice aforethought.  There’s no plausible explanation for the Register’s wording other than reliance on the White House (or another site posting the same version the White House posted).

I’ve gone a full day now without hearing from Mr. Evans, so a short while ago I sent him this short message:

I have one further request of you, in three parts.

Please refer me to an authority at the Register who is duly authorized to speak to the press.

Please grant me your explicit permission to share and/or publish our entire email conversation.

Thank you very much, and have the best day possible.

They ought to come clean.  It doesn’t look like that’s what they intend to do.

I went up the ladder, contacting the Register’s publisher and its parent company. Despite requesting it, I received no correspondence reporting on any action taken to address or correct the problem. Today, the Register’s editorial is no longer available at its website and is “excluded” from the Internet Archive’s Wayback Machine. Pretty much all the evidence of the Des Moines Register’s shenanigans was buried.

The three images below explain the White House deception the Register uncritically passed along to its readers. 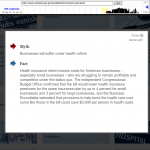 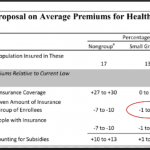 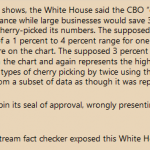 Spare us from selective media outrage over plagiarism. Condemn it consistently or not at all.