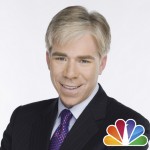 “I mean, you just heard it. There is no ratio of spending cuts to revenue increases that Republicans will accept.”

We’re aware of our relatively tight focus on budget deal rhetoric.  This item struck us because a major news media figure (Gregory) beautifully parroted the gist of the administration’s budget deal talking point, yet apparently without playing Devil’s advocate.

The “Meet the Press” host jumps to conclusions.

I’ve tried to ask this week after week: Is there any ratio of spending cuts to tax increases that any Republican is actually prepared to support?

Every viewer that’s watching today that’s working already got a tax increase. The president took $600 billion of this economy.

Lacking a direct response to his question, Gregory kept after it:

But I asked a question–

–about spending cuts to tax increases.

There are no tax increases–

Is there any ratio that you could accept?

There are no new tax increases because you don’t need it.

Gregory still received no direct answer, but the dialog gives us a good picture of the overall rhetorical contest between left and right on the issue of revenues and spending cuts.

Gregory’s question to McCarthy leaves unclear whether the revenue compromise in January counts when calculating the ratio between spending cuts and revenue increases.  McCarthy responds by simply emphasizing the January compromise.

McCarthy’s dodge of the question does not mean that Republicans will not accept any ratio of spending cuts to revenue increases.  It means that Gregory isn’t getting an answer.  Drawing a conclusion about the answer from a dodge qualifies as a fallacious argument from silence, a form of the appeal to ignorance.

Gregory might have obtained the answer he sought by accepting McCarthy’s premise.  If McCarthy says Republicans have compromised on revenues once and won’t do it again, Gregory might ask, given the claimed compromise on revenue, the least amount Republicans want to cut from the budget to complete a deal with the Democrats.  If McCarthy answers, Gregory has a numerical relationship he can express in terms of a ratio.  If McCarthy says “$2.4 trillion,” for example, the January compromise represents a $1 revenue increase for every $4 in spending cuts.

Instead, Gregory used the adversarial technique of assuming McCarthy’s answer and using it in his later interview with Gov. Walker.

There’s one charitable interpretation that would make Gregory’s statement true:  We assume Gregory discounts the January compromise as revenues that count in calculating a ratio between new revenues and spending cuts.  Gregory can’t calculate a ratio between the two if the Republicans literally will not allow any new revenue.  That interpretation requires maximal charity, since there’s no good reason to discount the revenues from the earlier deal.  Republicans may have a number of reasons for declining to answer a question like Gregory’s, among them an unwillingness to conduct negotiations on NBC.

“There is no ratio of spending cuts to revenue increases that Republicans will accept.”