Was being a woman a pre-existing condition before passage of the ACA? 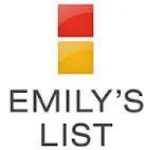 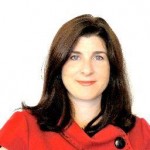 “Not long ago, the GOP took the government to the brink of shutdown, trying to defund Planned Parenthood. And now they’re threatening to shut down the government if they can’t destroy Obamacare.

“If they’re successful, it’s really bad for women and families. We’ll go back to a time when insurance didn’t have to fully cover birth control. When simply being a woman meant you could be counted as having a preexisting condition. When discriminatory policies like that were ok.”

Being a woman could not count as a pre-existing health condition before the health care reform law, and the insurance practice of gender rating is not discrimination in the sense most commonly understood.

The executive director of EMILY’s List, Amy K. Dacey, sent out a fundraising email on Sept. 24.  It included the claim that being a woman could count as a pre-existing condition (bold emphasis added):

Not long ago, the GOP took the government to the brink of shutdown, trying to defund Planned Parenthood. And now they’re threatening to shut down the government if they can’t destroy Obamacare.

If they’re successful, it’s really bad for women and families. We’ll go back to a time when insurance didn’t have to fully cover birth control. When simply being a woman meant you could be counted as having a preexisting condition. When discriminatory policies like that were ok.

What is a pre-existing condition, in terms of health insurance?

A pre-existing condition is a physical or mental health condition that you had before joining a health plan. Under HIPAA, when deciding whether to exclude coverage for a pre-existing condition, a plan can consider any condition (except pregnancy) for which you received medical advice, diagnosis, or treatment, or for which medical care was recommended, within the six months before you joined the plan.

Note that a pre-existing condition is a health condition.

The message from EMILY’s List and Amy K. Dacey stresses the importance of protecting recent changes to the insurance market it says benefit women.  The health care reform law sets some limits on insurance companies’ use of pre-existing conditions, but women don’t have a health condition based simply on their gender.

The ACA and pre-existing conditions

What’s the ACA’s impact on women?

The ACA does change the insurance landscape in a way that benefits women.  It ends the practice of gender rating.  Insurance companies cannot charge more for covering a woman than for covering a man even if women pose a greater insurance risk.

We think Dacey has in mind when she refers “discriminatory practices” and the idea of being a woman counting as a pre-existing condition.  The ACA allows insurance companies to charge higher rates, within limits, based on age and whether a person smokes tobacco.  Smokers and older people tend to have more medical problems than non-smokers and younger people.  Gender also affects risk, as the health insurance company Aetna points out on its website:

Men and women use health care services differently and, therefore, are charged different premiums when they purchase health insurance in the individual market, when permitted by state regulations. Our claims experience has shown that at older ages (typically beginning around ages 50-55), men generally utilize more services than women, and thus they are more likely to pay higher premiums for health insurance. At younger ages, however, women typically use more services than men, and therefore have higher premium costs.

When insurance companies assess and charge for risks associated with gender, they call it “gender rating.”

So the ACA benefits younger women by forcing men to subsidize the cost of their insurance.  On the other hand, the ACA costs older women more by forcing them to subsidize claims costs for men.  Insurance companies say eliminating gender rating ends up costing all insured people more when the higher prices encourage healthy people to opt out of the system.

The ACA has mechanisms intended to encourage healthy people to stay in the system.  But at this point we don’t know whether the methods will work.  This much we know:  Younger men will help subsidize the health insurance costs of younger women under the ACA.

Discriminating in terms of making wise choices counts as an acknowledged good.  But we regard discriminating over irrelevant factors as a moral wrong, as when an employer rejects the best-qualified job applicant for reasons of race or gender.

When men or women as groups cost more to insure, the higher price of coverage has a basis in something beyond the gender of the insured.  The issue is cost.

A moral case against “good” discrimination?

While applying gender rating based on one gender’s higher costs arguably counts as the good type of discrimination, one might make the case that society should even out costs anyway as a matter of fairness.

Whether or not that counts as a fair point, we wonder if we’ll see the same zeal applied to gender rating in the realm of auto insurance, where women tend to pay less than men for the same insurance.

We think Dacey was trying to support the position that young women should receive a subsidy from young men in paying for their health insurance.  Calling gender rating “discriminatory” helps sell that point because of the unfairness of “bad” discrimination.  When an argument relies on confusion about the meaning of a key word we have a fallacy of ambiguity.

“Simply being a woman meant you could be counted as having a preexisting condition.”

Literally speaking, it’s false that being a woman could count as a pre-existing condition before the health care reform law.  We charitably entertain the possibility that Dacey uses the term as a form of hyperbole, intending merely to say gender rating can result in women paying more than men do for the same health insurance.  But her next sentence makes the validity of that charitable interpretation implausible.

Women have overcome a great deal of improper gender-based discrimination.  Gender rating in the insurance market exists without the ACA but isn’t the same type of discrimination.  Dacey’s statement confuses the two kinds of discrimination, and we judge it likely that Dacey creates that confusion deliberately to increase the emotional appeal of her message.